Hipster Air was Cheapflights’ April Fool’s prank campaign in 2016. Together with the in-house content team and the PR agency Frank, we devised the concept and turned around a mock landing page along with social media promotion is a very short timeframe.

My role in this campaign was to prepare the graphical elements for the landing page, the social media promotion on Facebook, Twitter, and Instagram and to design a range of display banner ads that would click through to the landing page. 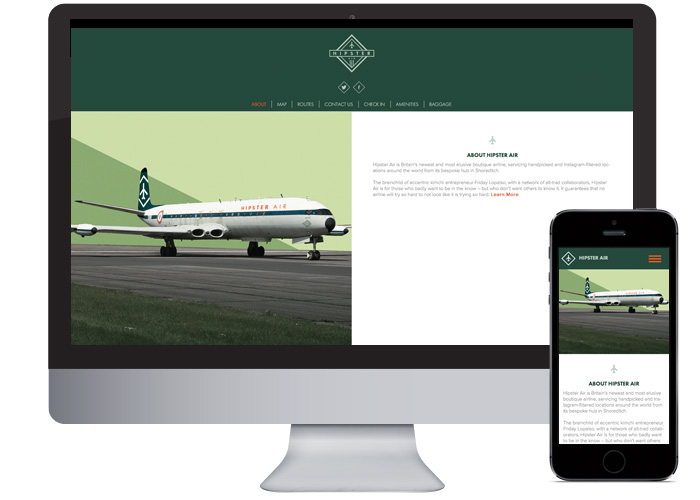 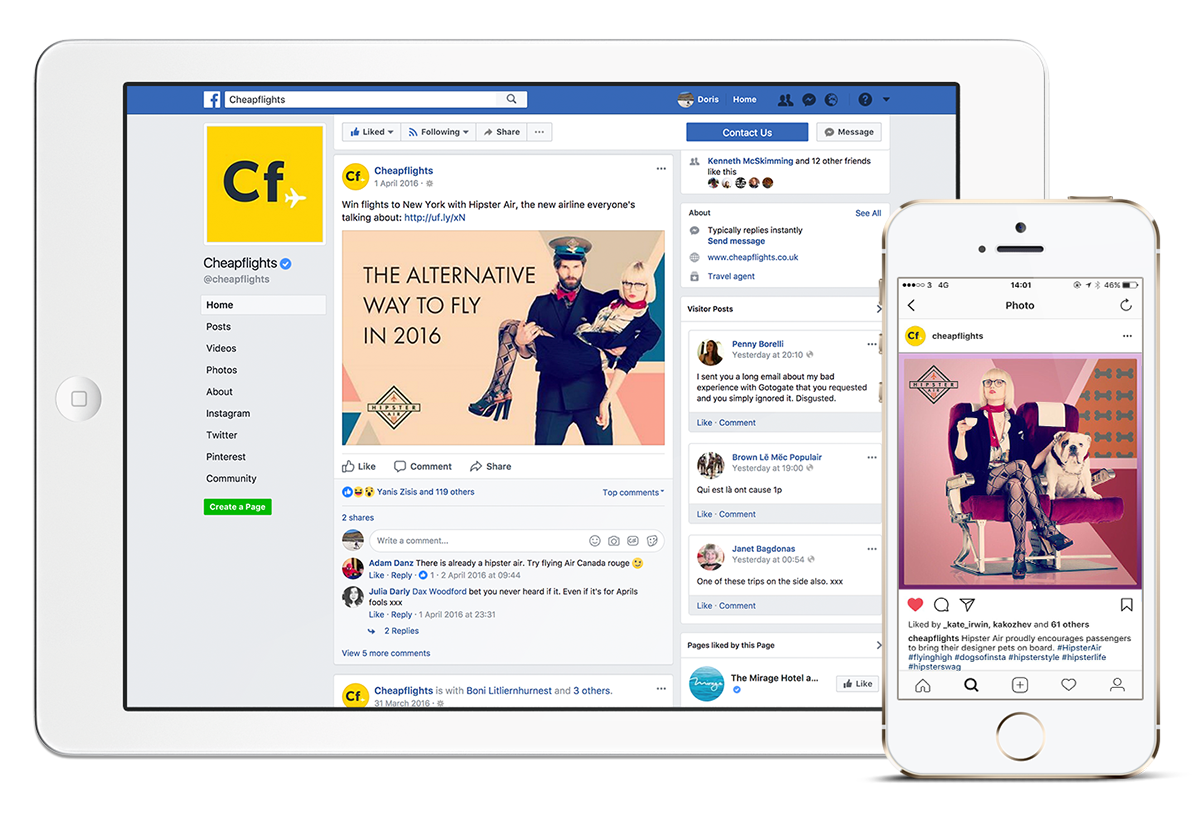 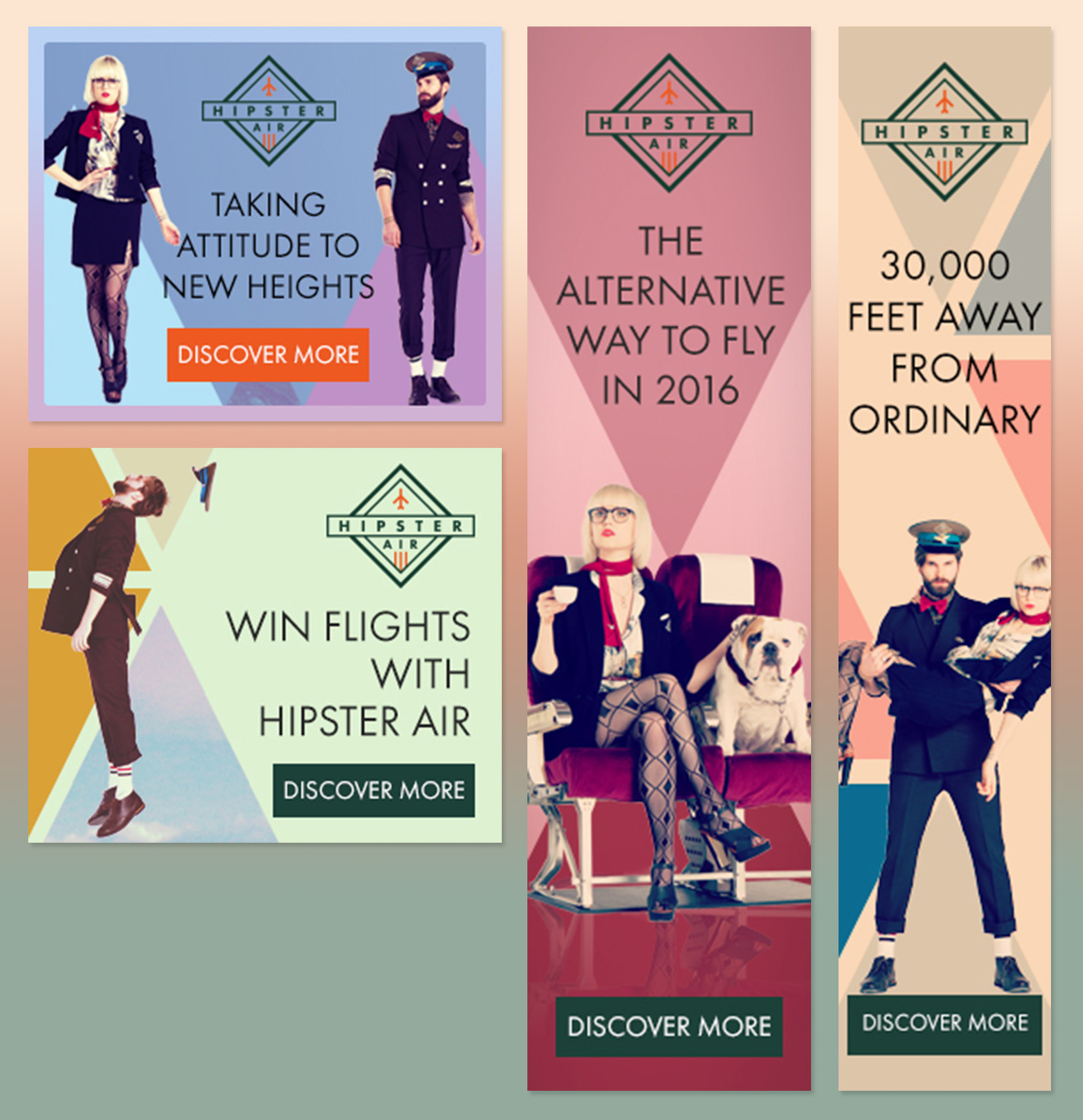