Paco Rabanne and Men’s Health have teamed up to sponsor the second and third series of the Invictus Awards in 2014 and 2015. Seven international athletes representing different countries and sports face each other in a series of tough physical challenges. The winner will then be crowned through an online vote.

Over the course for this 6-month campaign I designed three sets of homepage takeovers for menshealth.co.uk, including animated billboard, HPUs and skin, and multiple email shots with different CTAs. 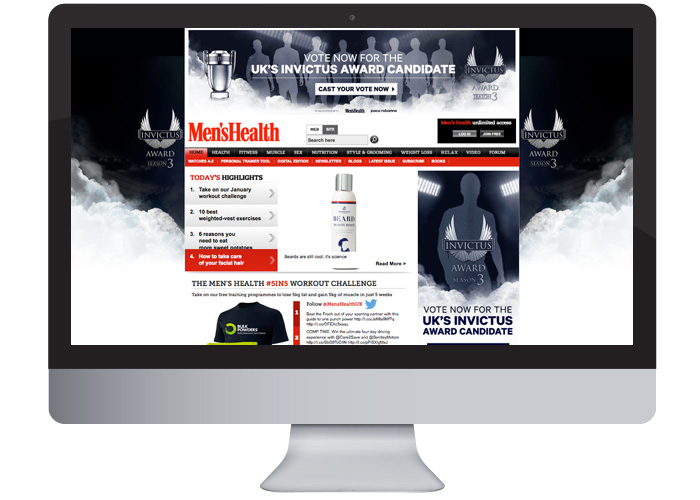 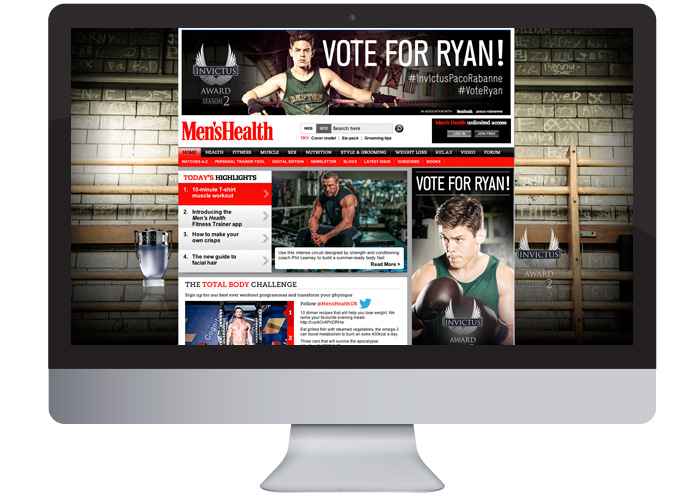 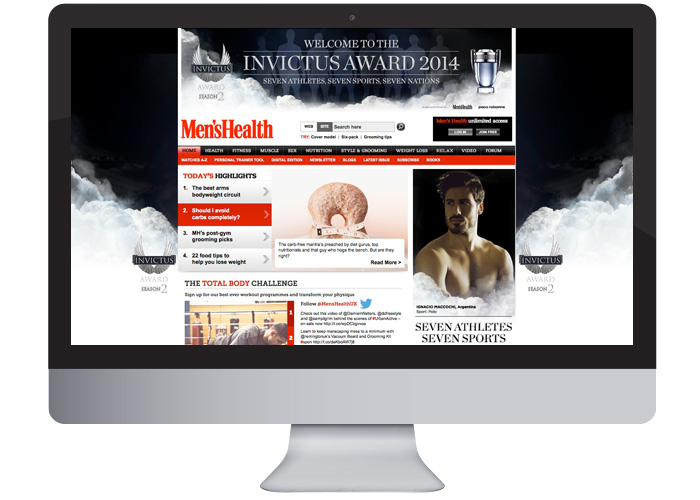 Click on the email icon to view the full design