When I joined the NHSBT Brand Communications team, the Organ Donation marketing team teamed up with an external agency to come up with a new style for the Organ Donations’ social media channels. The aim was to make them look more consistent, easily identifiable and friendlier than the rather formal NHS style.

The challenge herby was to make it fit with the existing Organ Donation branding, keeping it fit within the remit of the NHS colour scheme but making it look young and fresh for our online audience.

After several rounds of proposals and counter-proposals a new style guide was agreed between the agency, Organ Donation marketing and Brand Communications covering a new approach to content as well as the appearance of the posts. It was my responsibility as Digital Designer to adhere to the new style guide and at the same time interpret it for the different types of content I would be designing assets for.

Several months later we found the new style makes a huge difference to our online appearance, which was reflected in the ‘Likes’ and ‘Views’ we achieved. At the same time, the marketing and brand communications team followed the same approach to reach the desired effect to unify the different story angles under the same umbrella, such as case studies, commemorations or conveying statistics. 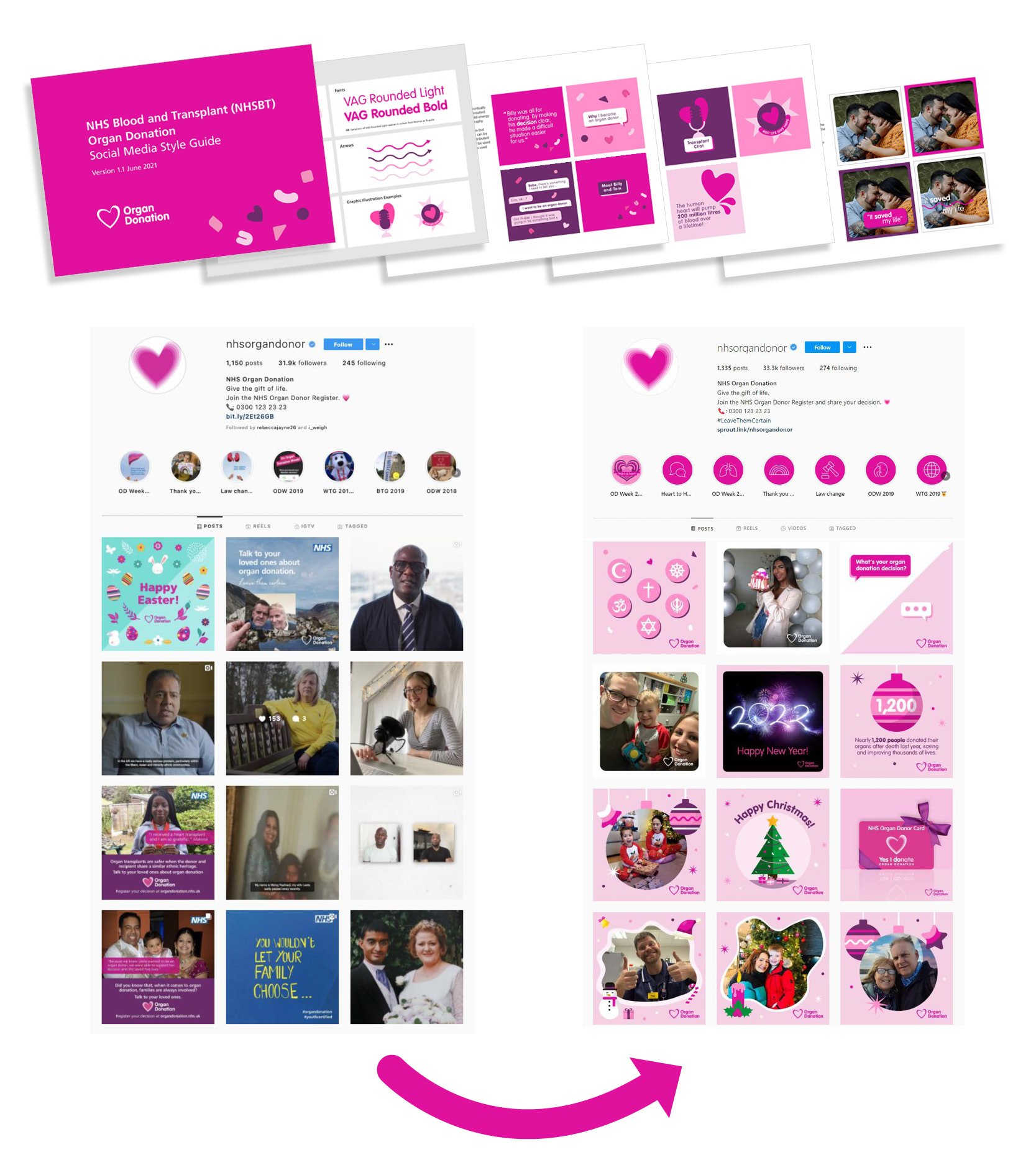 A collection of some of the social media designs I’ve created: 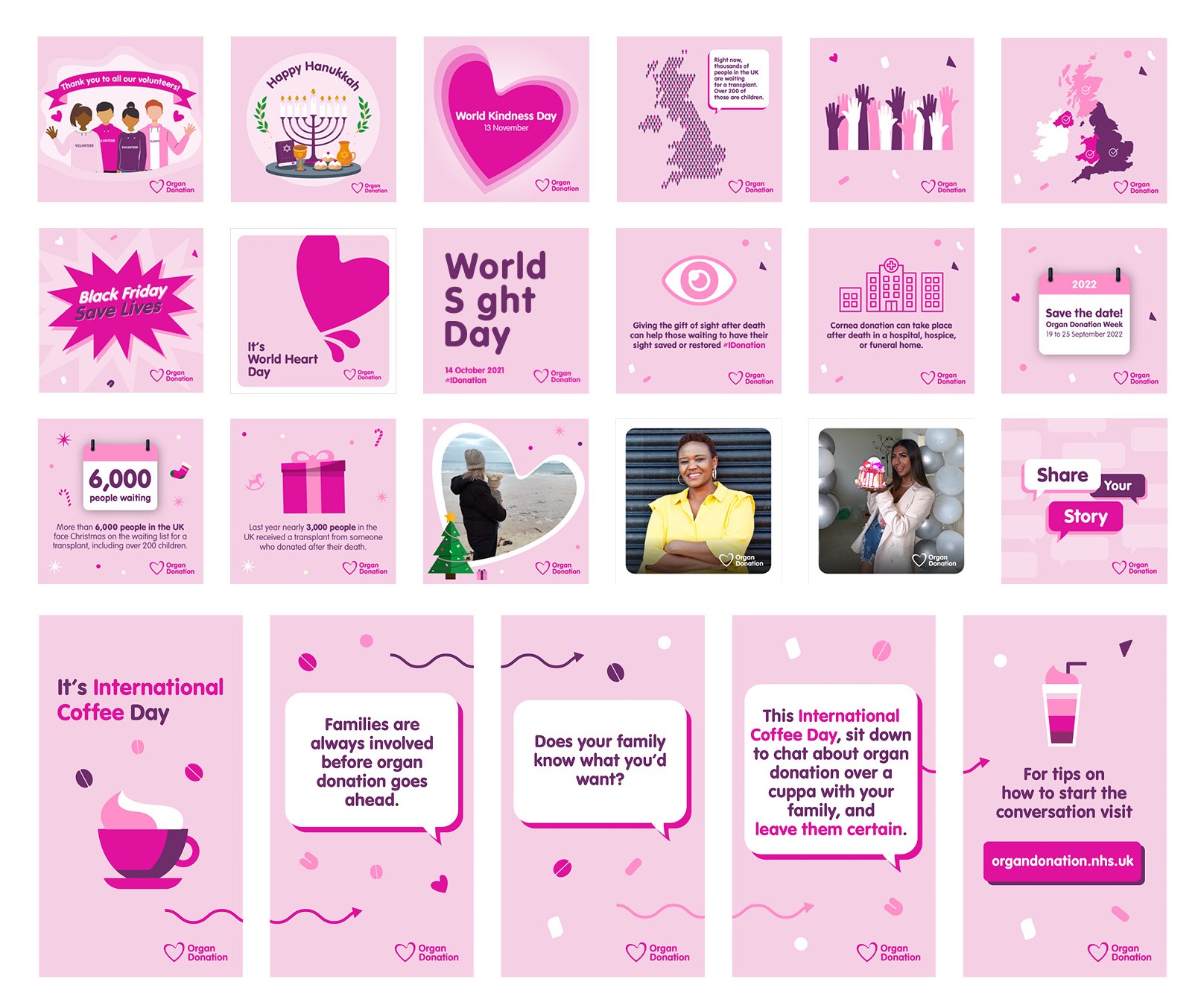