The Cheapflights Travel Awards nominate and award the best businesses, traders and journalists within the travel industry. Launched in 2016 in South Africa, the Awards were brought to the UK in May 2017 and finally to Australia in October 2017.
The CF Travel Awards were the brainchild of Phil Bloomfield, Head of PR at Cheapflights. Phil employed local, external PR agencies as well as the in-house design team to take care of the campaign.

After taking on main responsibilities for the inaugural instalment for the Awards in South Africa, I became lead designer for the UK Awards.
As the lead designer, I made sure that all campaign elements were coherent with the branding guidelines of the Awards. I created a campaign roadmap, so everyone would be aware of the key milestones, and I delegated tasks to my team members.

The main elements for the branding were developed for the South Africa Awards in 2016, such as the logo, colour scheme and iconography style.
For the UK Awards, our team revisited these elements and designed more icons for the newly added categories.

As the UK Awards had a high number of categories, we decided to redesign the voting form as to avoid users having to scroll through the page to vote for all categories. As a result, a carousel was implemented that would simplify the voting process and make it much easier for users to vote on mobile devices.
I designed the landing page on Sketch and used Invision to prepare a prototype for testing. I worked closely with the development team. 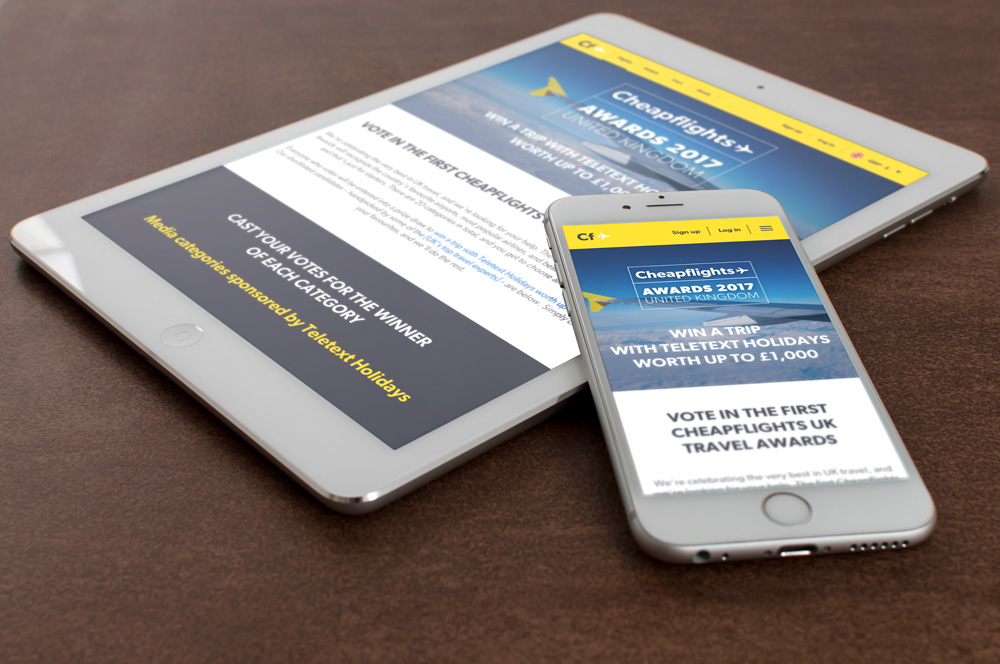 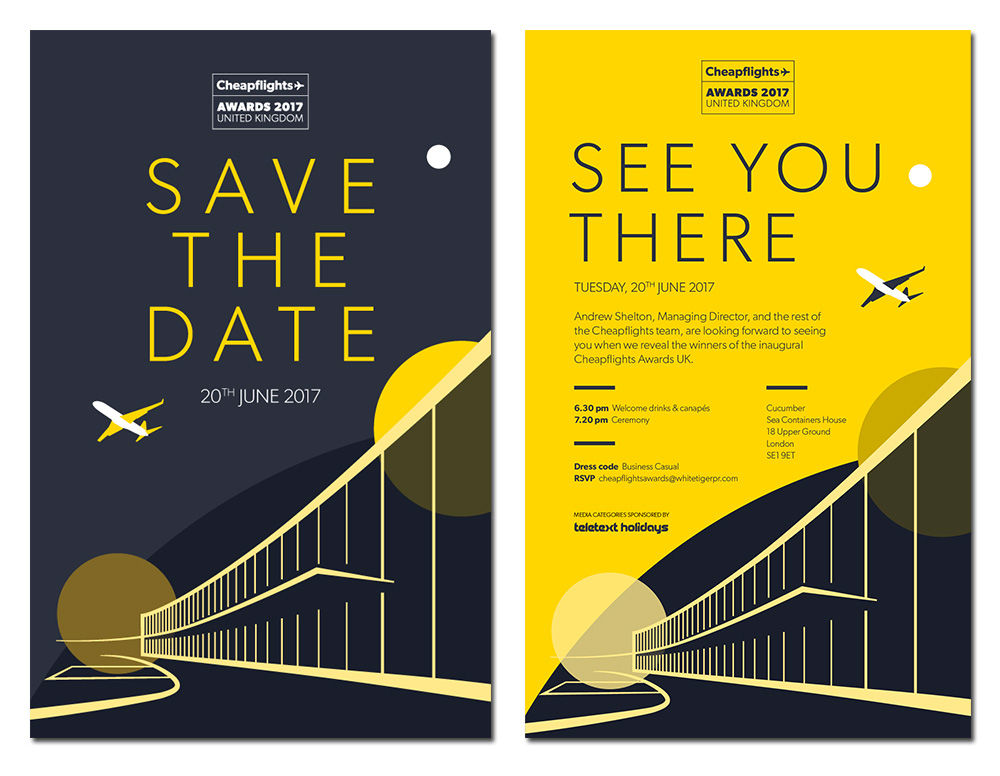 The Awards have also been promoted on the Cheapflights social media channels. For that purpose, I’ve designed a number of banners to promote the competition element and also to announce the winners. 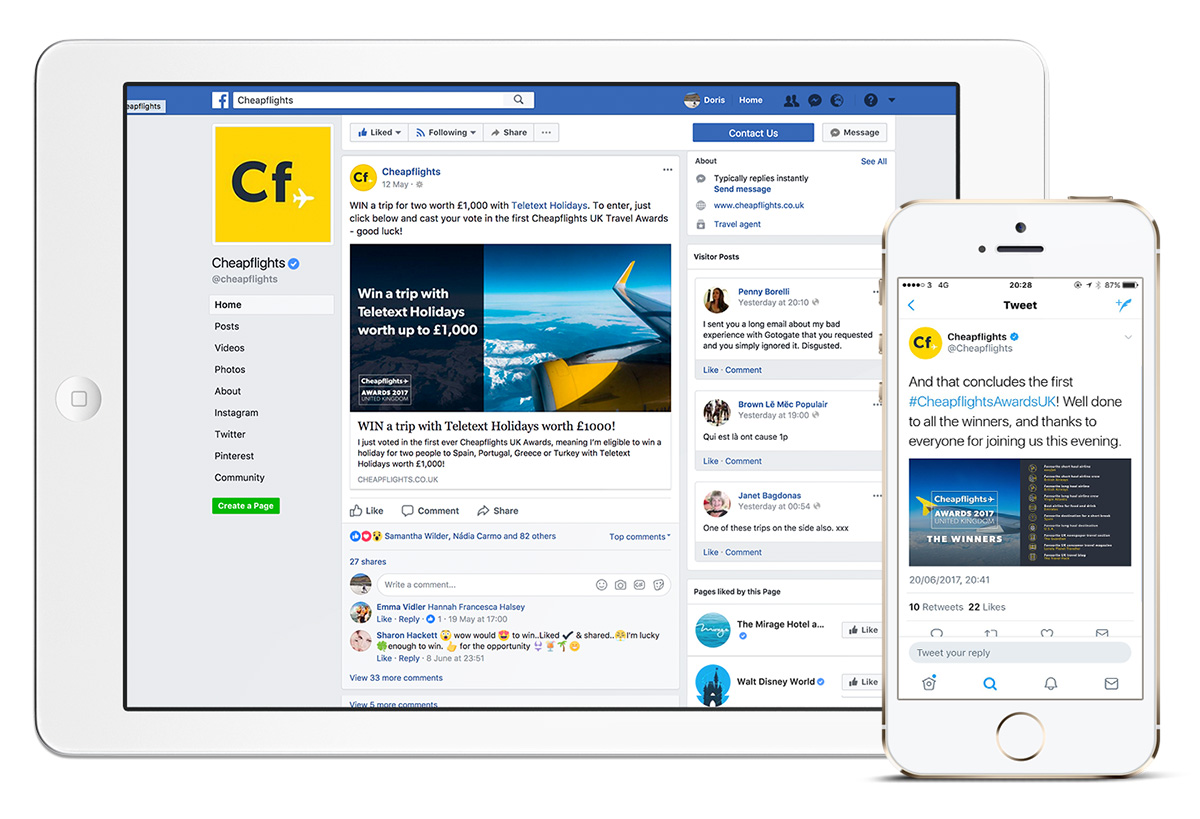 Once the voting was finished and all entries had been counted, all winners and runner-ups would receive their awards at the event ceremony on 20th June 2017.
The event took place at the SeaContainers House at the Southbank in London. For the event evening I designed and prepared a number of elements, for which I collaborated closely with the production companies: 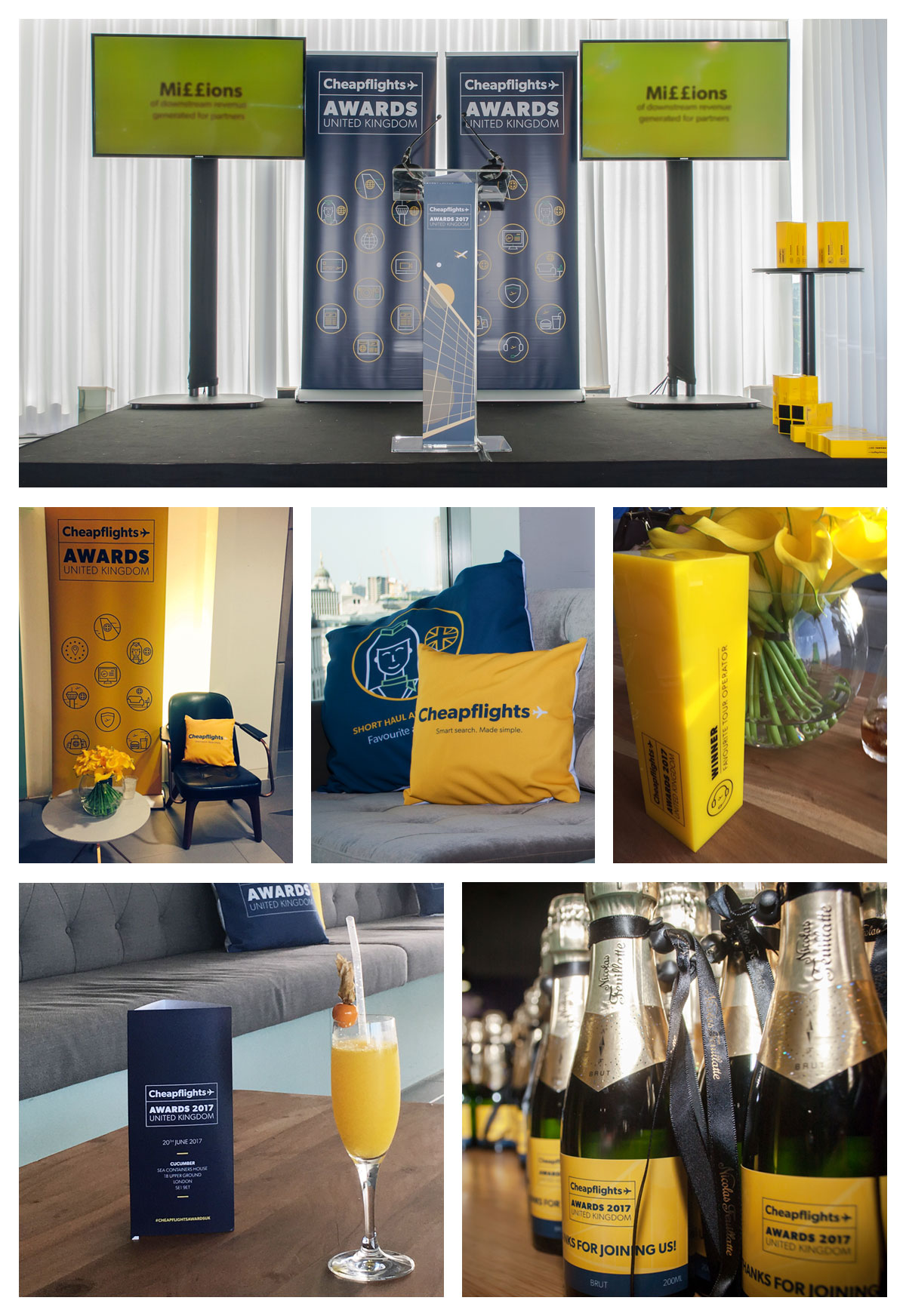 Despite the UK being a tough market for the travel industry, we had the following stats over the five weeks of voting: